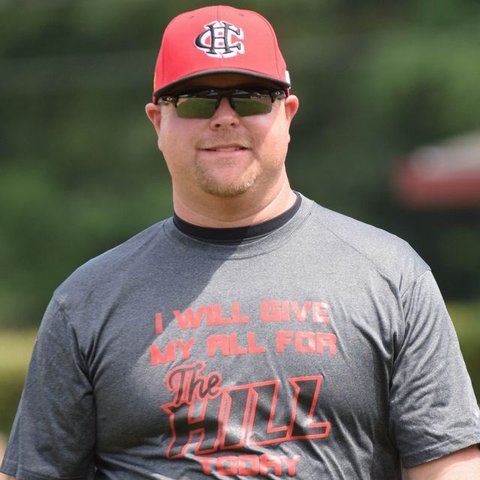 Please use the form at left to contact
Coach Terry by e-mail.

Coach Terry is a 1996 graduate of Independence High School, in Independence, MS. After graduation, he attended Northwest Mississippi Community College, where he studied Agri-Science and Agri-Business Management. Coach Terry returned to Northwest Mississippi Community College in 2014 and later transferred to the University of Mississippi - DeSoto, where he earned a Bachelor's of General Studies with concentrations in U.S. History, Sociology, and Psychology.

Coach Terry came to Center Hill with nearly eighteen years of experience in road construction for the Mississippi Department of Transportation. Through his agricultural education and experience and his experience with the Department of Transportation, Coach Terry earned a wealth of knowledge in dealing with environmental issues and concerns related to farming and construction that may be applied to other areas of life. He previously used his real-world experience to bring practical applications of conservation and preservation to the science classroom. After three years in the science classroom, Coach Terry has transitioned to the Special Education Department (Math Inclusion) where he uses his experience with real-world math in construction and his experience as a general education teacher to push all students to high levels of achievement.

Coach Terry has been married to Mrs. Judy Terry for twenty-three years. Mrs. Terry is also a teacher in the math department at Center Hill High School. Coach and Mrs. Terry have one daughter, Randi, who is a student at the University of Memphis.

In his spare time, Coach Terry enjoys spending time with his family, riding horses, hunting, and supporting the student activities at Center Hill.